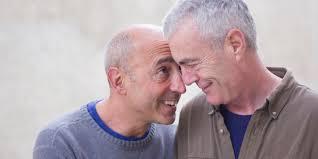 What they are saying is that they are not afraid to stand with their friends in the LGBT community and try to help make their elder care experience as comfortable as possible. Thus, you will see signs of LGBT pride and similar things scattered throughout the facilities.

Nearly half of LGBT seniors say that staff at these types of facilities do not know about their sexual orientation. Nearly nine out of ten believe that if the staff did know that they would be discriminated against. Those staggering numbers point to a very real problem in healthcare. When patients feel that they are unable to share vital details of their medical records with staff of a healthcare facility out of fear of discrimination, then we have a problem. This is part of the reason why Connecticut elder care facilities are starting to show off their pro-LGBT pride.

Advocacy groups have formed around this issue. They have campaigned throughout the state to raise awareness of the fact that elders are frequently being mistreated in healthcare facilities as a result of their status as an LGBT individual. That is something that cannot be ignored for too long. There is too much at stake for residents of Connecticut and elsewhere to ignore this problem for long.

A lot of people may roll their eyes at the work that some of these groups are doing, but it really is quite helpful to us all in the end. Many of us may not even realize that we have an LGBT member of our family until something happens to them. Wouldn't you rather have the protections that these groups are fighting for when it relates to your loved ones? Most people say yes they would prefer that. Thus, it is a wonderful thing to know that there are people who are fighting for your loved ones even if they may not know them or if you may not fully appreciate it right now. The results in Connecticut are expected to be a sort of roadmap for the rest of the country going forward.