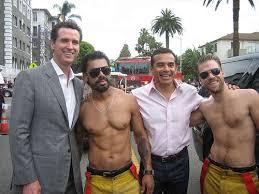 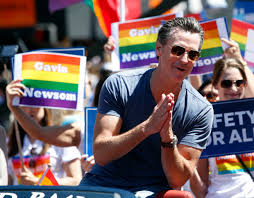 Gavin Newsom would seem like an obvious choice for an endorsement for Governor of California from the nation's first LGBT Democratic Party organization. They are formed in California and will obviously be directly impacted by the results of this race one way or the other. It is a wonder then why they have not stood up to say that they will endorse one candidate or another in at least the primary portion of the Governor's race in California.

Newsom has come out strongly in support of the LGBT community and always has. In fact, his first round of television advertisements pointed out how he has been a champion for the LGBT community since all the way back when he started issuing marriage licenses to same-sex couples as the mayor of San Francisco despite this being a violation of state law. It really helped to get the attention of the

nation and made everyone start to ask themselves what really was so wrong with the idea of the State remaining impartial on the issue and issuing licenses to two consenting adults.

Los Angeles Mayor Antonio Villaraigosa is another candidate in the race who has had a strong showing. Both Villaraigosa and Newsom are neck and neck with each other in the polls for who will become the Democratic nominee for the Governor's mansion in California.

Since California is such a Democratic-leaning state, the winner of the primary for the Democrats is very likely to become the next Governor of California. That is what makes this neck and neck race so important. It also means that endorsements from any and all groups are welcomed by both candidates. The candidate who can draw the most energy and voter turnout in general is very likely going to be declared the winner at the end of the day when it is all said and done. The rest of us just have to wait and see how this one will turn out. Newsom and Villaraigosa are both so eager to bring about the kind of policy changes and reforms that they have been striving for in their campaigns.