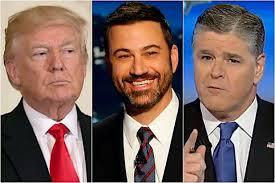 There are still offensive remarks made by liberal comedians when it comes to LGBT slurs. A lot of times it is not even thought of in society as a slur against the LGBT community but rather as just a good punch line. That is a serious problem. Liberal comedians in particular ought to know better than to trot out these old tired punch lines and pretend as if they are particularly clever. They are not. 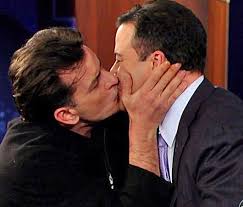 Jimmy Kimmel of all people is the latest to have used a homophobic slur during his Twitter feud with Fox News host Sean Hannity. The two have been going back and forth ever since Hannity took offense at some jokes that Kimmel made relating to the first lady's accent. Those jokes did not land well with Hannity and the two have been snipping at each other ever since. The insults from both have been heavy, but one that Kimmel made in particular has been seen as offensive to those who might otherwise be natural allies.

Kimmel tweeted "Don’t worry — just keep tweeting — you’ll get back on top! (or does Trump prefer you on bottom?) Either way, keep your chin up big fella..XO". This of course was a homophobic insult and did not go over well with members of the LGBT community or many in the public at large. It was not a particularly clever insult, and it made Kimmel look defensive. 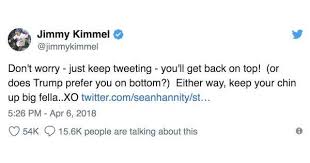 Conservatives even jumped on the bandwagon to call out these comments as homophobic and offensive. You could say that they were just taking up for someone on their side, and that is a fair point of view to have. However, it is nice that they were not piling on the insult pile when the rhetoric got really ugly like that. Instead, they stood up and did the right thing, and we can all be pretty grateful for that.

Kimmel has since apologized for his comments. He said that while the back and forth indeed can be fun, he did not mean for his comments to cause offense. He things that the venom that the two were spitting at each other was unwarranted and uncalled for. He believes that it is best that the two try to bury the hatchet as it were and try to make amends as soon as possible. Perhaps he will even consider going on the Hannity show as we understand that he has apparently been invited to do so.