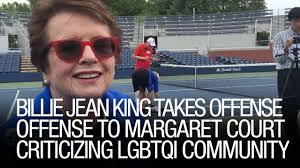 Should we care about someone's legacy if they are a known homophobe? The answer for some seems to be that in some cases we should. The program called "Real Sports" has been spending a fair amount of time with the tennis legend known as Margaret Court. She 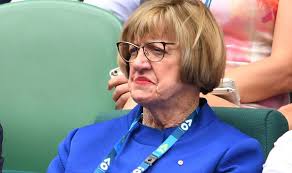 is someone who has the record for the most Grand Slams ever in history. Her sixty-four Grand Slam wins means that she will never be forgotten in the world of tennis.

Court is more well-known to those outside the tennis world for being opposed to same-sex marriage, and even to suggesting that homosexuality can be "cured". This has made her a target of opposition from those who support marriage equality. Same-sex marriage was legalized in Court's home country last year by popular vote. However, leading up to that vote, Court made a lot of noise about how she was opposed to it. This led for calls for her name to be removed from a variety of tennis-related structures that it is currently on. 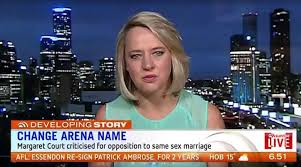 Those moves in particular made the "Real Sports" program interested in checking out when a person's sports legacy is safe from their public comments. It turns out, that it might not matter quite as much what you do on the field of sport as it does what you say when you are a public figure. If Court had made the comments in passing from time to time, this is something that might be more forgiven by the public. However, she has made herself into a leading advocate for opposing marriage equality. That is enough to draw the ire of a large segment of the public.

The oddity with Court is that she does a lot of charitable work to help the homeless, the drug addicted, and poor children. Despite all of that compassion, her compassion does not extend to those who are not straight. She has said that transgender people are "of the devil" 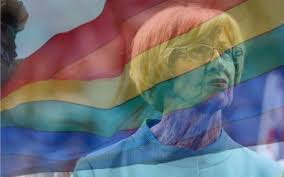 Comments like that and advocacy like that does go towards undermining the other types of work that she has done. It is a shame, because she could be held up in high regard by all people if it were not for the fact that she so vocally hates some people for being who they are.