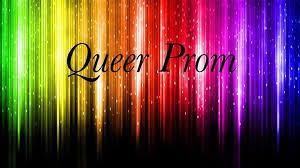 Traverse City, Michigan is the site of a celebration among students who are happy to announce that the second annual Queer Prom is going to up and running as planned there. They are celebrating this because they know just how special and unique it is compared to many other places in the country. There is so much hate and judgement and fear out there that many students have never had the opportunity to express their true selves at any of these events in the past.

Conforming to the norms of their straight peers is what most LGBT students have to do throughout the country if they want to attend prom. However, these high school students and their allies suggest that they would like a space where they can truly be themselves. For the second year in a row they have it.

There were literally dozens of students who showed up for Queer Prom and danced with people that they truly love and care about. Organizers of the event said that it gave students the chance to explore their sexualities in ways that are not typically allowed in the rest of society. Some women enjoyed wearing a suit for the first time. Others said that they got to experience what it was like to kiss someone of the same sex for the first time. Whatever the case may be, everyone was welcomed to do as they pleased and test their boundaries.

The local news station reports that students said that one of the biggest upsides for them with this kind of prom is that they could wear what they wanted to. A lot of schools have restrictions on what a person may wear or who they may attend the dance with in some cases. With Queer Prom those rules evaporate away. Students are welcomed to come and try out whatever identity makes sense to them. It is actually a beautiful thing that does not get talked about often enough in society as a whole.

It is quite clear from the massive amount of success that this event has generated over the years that it is something that will be done yet again. It is expected to remain a staple of Traverse City for some time to come. Students in the LGBT community are just thrilled that this is the way that things are going. They finally have their own area to act how they want to.