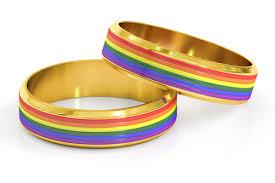 One might think that in the United States a person who could most be trusted to uphold the laws of the land would be the judges that we as a nation put in place to hold these laws up in the first place. However, that assumption is sometimes proven to not be as accurate as we might have hoped. Unfortunately, there are still some judges like Marion County JUDGE Vance Day, who will allow their personal biases and opinions get in the way of properly doing their job.

Since the Supreme Court ruled that same-sex couples have the same constitutional right to marry as opposite sex couples, there have been a number of judges who have tried to stand in the way of this. They have allowed bigoted views on same-sex marriage that they derive from their religion or other sources to cloud their judgement as an impartial upholder of the Constitution. Now, a judge in Oregon is facing a steep penalty for what he has done to stand in the way of progress in the state.

Judge Vance Day of Marion County, Oregon has been suspended from his role as a judge for three years as a result of showing discrimination against same-sex couples by refusing to perform their marriage ceremonies. He also took the extraordinary measure of ordering those who worked for him to hide the fact that he would not do these weddings from the public.

The Advocate notes that other issues have come up related to the judge as well over the years. For example, he was found to have made false statements of being assaulted at his son's soccer game and he also allowed a convicted felon to handle a firearm. When you throw all of these factors in together, it is easy to see why the judge is in some hot water as of today.

Vance Day has stated that performing same-sex marriage goes against his beliefs as a Christian. He has claimed persecution for his religious affiliation. In reality though, he was already being investigated by those who have now barred him from being a judge for three years for other reasons.

This goes to show you that discrimination against same-sex couples is no longer something that people in certain parts of the country will tolerate. It might have just been the icing on the cake for Judge Day, but it was definitely a contributing factor to why he is no longer a judge in Oregon.