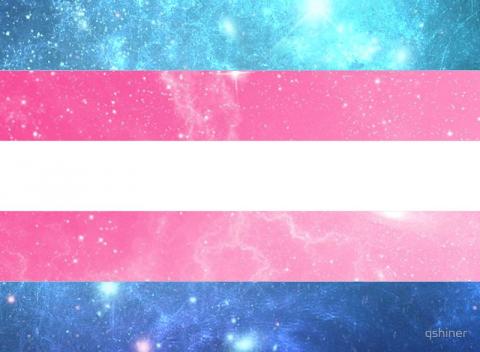 Hello there, my name is Lance Klemple and here’s something you might not know about me:

To the majority of people, the word transgender can scare away those who might not understand what being trans (short for transgender) means. I hope to educate as many people as I possibly can about LGBT issues and one issue many trans people face is people using offensive, outdated or incorrect terminology. I have complied a great resource of do’s and don’ts for talking with and about transgender folks so that you can proudly support your loved one! Keep in mind this list is not comprehensive, it is simply a nice introduction to transgender terminology.

Gender Identity: Someone’s perception of their gender, which may or may not correspond with their assigned sex.

Dysphoria: A state of extreme unease, dissatisfaction or discomfort with one’s assigned sex which can cause significant distress and impairment. Transgender people often feel dysphoric in many ways and in many situations, such as social dysphoria or body dysphoria.

FTM/F2M: This is an acronym for “female to male”, this refers to a trans male who once identified as female, but now identifies as male. Keep in mind, not every transgender person is comfortable with this terminology, but everyone is okay with different words.

MTF/M2F: This is an acronym for “male to female”, this refers to a trans female who once identified as male, but now identifies as female. Keep in mind, not every transgender person is comfortable with this terminology, but everyone is okay with different words.

Cisgender (Cis): Someone whose gender corresponds with their assigned sex.

Transgender (Trans): Someone whose gender does NOT corresponds with their assigned sex.

Stealth: A transgender person who has not come out as transgender and is often perceived as cisgender by their peers.

Top Surgery: A medical procedure in which breast tissue and fat are removed from the pectorals. This is also known as a double mastectomy. There are many different techniques for top surgery that can be done to reduce scarring, but the most common technique is double incision.

Testosterone (T): This is a steroid hormone that is produced in the body that causes secondary traditional male characteristics. These characteristics can include: deepening of the voice, increase of facial hair, and increase muscle mass. Many transgender people seek testosterone when they want to physically and medically transition to look more traditionally male. The most common form of taking testosterone is through injection.

Estrogen (E): Any of a group of steroid hormones that promote the development and maintenance of female characteristics of the body. These characteristics include: enlargement of the breasts and wider hips develop. Many transgender people seek estrogen when they want to physically and medically transition to look more traditionally female. The most common form of taking estrogen is orally.

WARNING: DO NOT SAY!

This upcoming list of words are words you should NEVER say, as they will be very offensive and hurtful to most transgender people. You also should not joke around with these kinds of words. It is possible for some transgender people to reclaim some of the slurs, which is their own decision, but just because they choose to do that, does NOT give you permission to call someone else a slur. Please be kind and courteous. This list is specifically for educational purposes.

Trannie: This is an incredibly offensive way to refer to someone who is transgender.

Hermaphrodite: This is an outdate term used to describe people who have genitals that do not conform to the typical “penis” and “vagina”. People who do have different genitalia are considered intersex. This is a derogatory term used for both intersex and transgender people.

Shemale: This is a derogatory term for transgender people (usually in reference to specifically transgender women) and it implies that you can’t “fully” be the gender you wish to be, which isn’t true.

It: When people use this highly offensive term when referring to someone who is transgender, it is implying that they are “other” than the “normal” male and female roles. Or that they don’t “deserve” to be referred to as their authentic gender, which is simply not the case.

Born Female/Born Male: To people who are transgender, we don't identify any longer with the gender we were assigned at birth (although some trans people do recognize they were "born female/male", it causes dysphoria to bring that up). So, please refrain from using this as bringing it up can cause someone who is transgender to be dysphoric.

Misgendering: The act of incorrectly referring to someone’s gender or using the wrong pronouns. This is very disrespectful and very hurtful to someone to purposefully misgender them. If you accidently misgender someone, it is best to apologize and ask them how they would like to be addressed as.

After understanding what is appropriate and what is offensive are two very important lessons to learn when talking with, as well as about, transgender people. Ultimately, always be considerate of people’s feelings, and if someone asks you not to say a certain phrase or term, be respectful. Always remember to be kind, you never know what someone else is going through.

LIKE WHAT YOU SEE? WANT TO CONNECT WITH MORE OF THE COMMUNITY? SIGN UP FOR SUPERBIA BELOW!