Trans Conservatives Says "Don't Tread On Me" To C-PAC 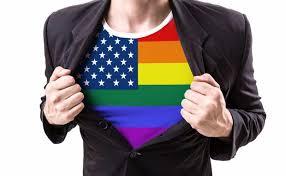 C-PAC is the annual gathering of prominent conservatives from around the country. It is definitely a time when those who might be considering running for President make their pitch to a largely receptive crowd. There is typically some drama with this event at some point or another as it is going on. There is usually at least one guest or group of guests who cause some disruption in usual proceedings 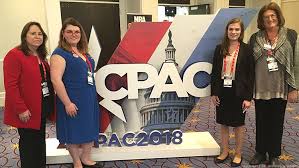 in the convention center.

This year, the group that might have made some headaches for C-PAC members were the transgender conservatives. These are individuals who are as the name suggests both transgender and yet still conservative. They had a message for the rest of C-PAC. That was "Don't tread on me". In other words, stop stomping on our rights and stirring up hatred against us in order to try to generate votes. At the same time, the group wanted to spotlight the fact that a person can be both a conservative and a transgender person.

It was not the first year that transgender Republicans have joined up at C-PAC to make their voices heard. Last year when they were there, they had to contend with the fact that the new Trump Administrator had just receded Obama-era regulations regarding transgender students and which bathroom they were required to use. The Obama-era regulations were pro-LGBT rules of course, and the Trump 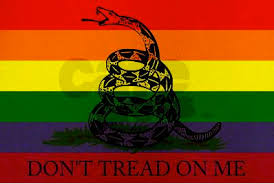 Administration was attempting to get rid of them.

Regardless, the group continues to persist in their insistence that they should be heard and respected within the party. They are still a marginal group within the Republican Party in a lot of ways though, and it is pretty easy to see that some feel that they are definitely treated in that way. It is sad that they all too often feel that they have to be ignored by the party that they support with their whole heart.

Despite all of this, having a representative group of transgender people in the Republican Party can only help to advance some of the issues that the LGBT community wants to have heard. It is not a bad thing to have some of our friends trying to help the conservative side of the political spectrum be more accepting as well. It is actually quite good to have a diversity of political opinion represented all within the same tent of the LGBT community. We are all unique individuals, and this helps to show that.