What Will LGBT Activism Be Like In The Post-Trump World? 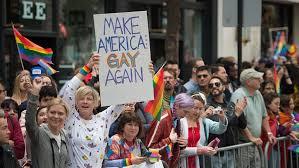 There are plenty who have noted that Americans are less accepting of the LGBT community in this past year than they have been in some time. This is even true when you ask Americans in a poll how they feel about this community. Those who have seen this and are 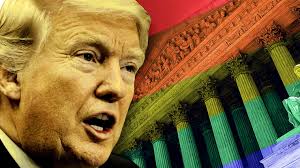 supporters are rightfully distressed and believe that the presidency of Donald Trump has helped to fuel some of this fire. There is little doubt that this is true, but it is a dangerous idea to believe that his administration is the only reason for the lack of understanding.

In short, the ideas that Trump has been putting out for the last year are not something that came out of nowhere. There was that level of resentment and distrust among certain communities to begin with. Trump has certainly played on that fear, but he is not the creator of it. It has been with us all this time.

The challenge that we now have before us is to confront and address that fear, and to find solutions for the future. Instead of continuing to battle and fight with one another, why not consider an alternative path? That is what leaders in the LGBT community have started saying. They would prefer to be the leaders in bringing people towards unity than in continuing to divide.

No matter what else happens, there will be a post-Trump era. It might come in 2020 or 2024, but we know that eventually it will happen. Knowing that, it is best that we prepare ourselves now for how we can best chart a new vision for the country together.

Protesting and shouting has been helpful in a number of ways. It has helped us to draw a spotlight on issues that do need to be talked about. Unfortunately, at times it has always drawn away people who might otherwise have been interested in hearing what we had to say. Thus, we must think about the pros and cons of all actions that we take before we take them. There is always the possibility that we are in fact not doing ourselves any favors by always protesting, even when what we are protesting against is justifiably bad.

After Trump, we will have to look at ourselves in the mirror and account for the things we have done, and for what we have failed to do. With that in mind, perhaps now is the time to start using new tactics.