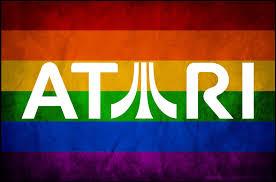 When a lot of people think of Atari, they think of an old company that has a bit of a strange history and may not even exist anymore. However, that is not the case, Atari does still exist. They have had a rocky legacy to be sure, but they are still around and making games

and trying to attract as many customers as they possibly can. Lately, their attention has turned towards going after two particular communities of game players. Those are gamblers and LGBT individuals.

Coming up in December of this year, Atari plans to release a new city building game called "PrideFest". It will focus on the player building up a city with a very LGBT focus. Think of it as similar to SimCity but with a unique focus on the LGBT community.

At the same time, Atari is also looking to launch out an online casino service. This coming from the same company that released classics like Pong. The company sees a huge amount of opportunity and money in serving both the LGBT and gambling communities. 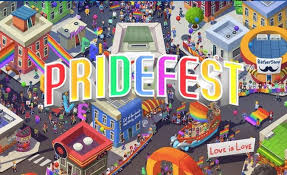 You might think that gambling would be a no-go for the company given how hard it has been for gambling operators to pick up much ground in the United States. However, they are mostly facing challenges because of regulatory laws in the United States related to gambling that simply do not exist in Europe. Europe is much more open to gambling, and the industry is absolutely taking off there.

At the same time, the LGBT community definitely feels underrepresented in the gaming world. They are not often the stars of any games. When someone from the LGBT community is included in a game, they are often only done in the most cliche and stereotyped of ways. Atari has learned from those mistakes of the past and hopes to do better in the future when it comes to serving this community.

Going after these two particular markets is an extremely smart move for Atari to be making right now. They have to go up against other game makers such as Nintendo, Xbox, and even social media games on Facebook. It is a crowded industry, and in a crowded industry you have little choice but to go for the communities that are the most under served. That is the nature of capitalism, and that is what Atari is looking to do to help itself get more of a foothold in the gaming business once again.