California Set To Formally Apologize For Past Anti-LGBT Discrimination 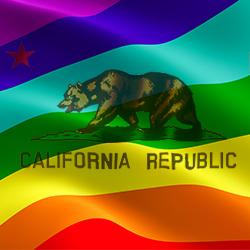 This is certainly a headline that you won't read in all parts of the country. The State of California is set to formally apologize for its past behaviors and laws that were discriminatory towards the LGBT community. In a meaningful step towards progress, the state continues to seek to set itself apart from the Trump administration and make progressive inroads on any number of issues. Their latest issue is to take up the cause of apologizing for those who may have been harmed by actions taken and laws put in place by the state in the past.

Assembly Concurrent Resolution 172 was passed on April 5th after being pushed for by Assembly member Evan Low (D-Silicon Valley). He is also the chairman of the LGBT caucus in California. His resolution called upon the state to formally apologize to the LGBT community for the conduct in the past. It was a meaningful measure that helps to put some years of hurt and mistrust behind everyone. He says that it is the first of its kind measure taken in any state to start to work on undoing some of the injustices of the past. While this is just a small step towards mending bridges, at least it is something.

A handful of organizations supported the so-called apology bill. These include the ACLU, the Human Rights Campaign, and the Los Angeles LGBT Center. Each of these organizations discussed why it is so important for states to make a formal apology like this. It is not just about doing what is morally right, but also about making a statement that the government is really for all of the people. That is pretty important as a lot of people feel left out of the functions of government in a lot of cases. For a state to come back and say that it made mistakes in the past is a really big deal.

It took all the way until 2008 for the Congress of the United States to officially apologize to the African-American community for the past injustices of slavery. However, no reparations were included in that apology, and we know that racism still exists with us today. It is not to say that if they just threw some money at the problem that everything would be okay. However, this is to say that actually doing something constructive for once can be majorly helpful towards any particular cause.