Does Hillary Clinton Really Care About The LGBT Community 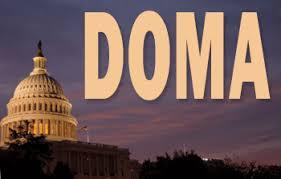 The question is a serious one as those in the LGBT community pinned their hopes on this person. She felt comfortable to put a same-sex couple in the very first advertisement that she put out in her fateful run for President. She was trying to show in some way that she was willing and ready to put this issue into something as important as her advertisements. However, is this really enough to show that you are someone who the community can trust? 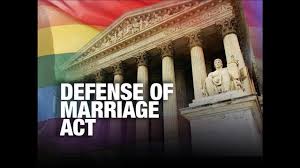 History has to be considered when contemplating the value of any candidate in a campaign. After all, Clinton is someone who has been known to be behind things such as supporting the Defense of Marriage Act. She was not exactly the most pro LGBT individual when her husband was in office, and that is also something that the LGBT community has not exactly forgotten about.

A lot of the LGBT community actually sided with her primary opponent Bernie Sanders. He had a much more clear cut pro-LGBT record throughout his many years in politics. In fact, he had been for the LGBT community before it was a popular thing to do. He has been shown to have held the kind of positions that are progressive over many decades. He didn't care what the polls said about how Americans felt about the LGBT community, he knew that standing up for this community is the right thing to do. 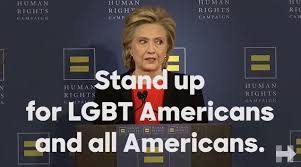 When the General Election rolled around and the two remaining candidates were Hillary Clinton and Donald Trump, the LGBT community definitely felt that they had a tough choice ahead. They could vote for a more pro-LGBT candidate such as third party candidate Jill Stein. However, doing so only helped to edge Trump closer to the Presidency. Obviously, in the end that is exactly what happened. Therefore, a lot of people have had to reconsider their entire position on how to work with the candidates that they are presented in primaries and beyond in the future.