LGBT History Could Be Part Of Illinois Education 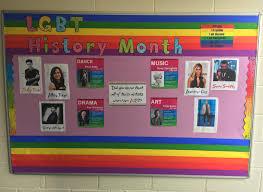 The Illinois Senate Education Committee has approved by a vote of eight to two to advance a measure to the full Senate for a vote. That measure involves including LGBT history as part of the education plan for students all throughout the state of Illinois. It would be an

inclusive LGBT history education that simply paid notice to the contributions that the LGBT community has made to the history of the country and by extension the world.

This is expected to ruffle a few feathers to say the least. Parents and educators are sure to react in a variety of different ways, but many do expect that there may be at least some negative reactions to all of this. Still, that does not compare to leaving out LGBT history and not educating yet another generation on the great strides that this particular group has helped to make towards the development of our nation.

Illinois would be the first state to adopt such an education plan if they do in fact go through with it. We don't yet really know what the makeup of the vote might look like when this thing goes to the full Senate. It would also have to pass the hurdle of getting through the 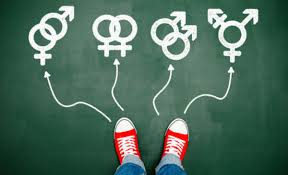 House before being signed by the Governor as well. In other words, this measure is still in its very first stages. That being said, a strong eight to two vote has to be encouraging for advocates.

Some point to the fact that the way that history is taught now does not do justice to the LGBT community. People learn about figures from history and the contributions they have made to society without ever learning about their sexual orientation. That does a disservice to the LGBT community because it continues to make them feel like outsiders.

LGBT students who learn more about the history of their own community can start to feel more connected to the nation as a whole. That is huge because so many do not when the country continues to allow discrimination and other horrible things to continue to happen in LGBT communities. It is high time that we started to permit and even require some education related to LGBT history in the schools. It is the only way that some students will ever hear even a single word of it. We now have the power to make that happen, and Illinois may be the first place to try it.