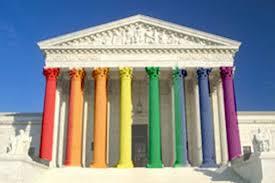 The State of Missouri is going to take up two cases that can have an impact on LGBT rights in the near future. The first case involves an LGBT teenager who is being denied access to the proper bathroom facilities at school. The second case is about a gay man who claims he is being discriminated against for now exhibiting traditionally masculine personalities.

However the court rules could have a big impact on discrimination laws in that state. The gist of the case will likely come down to how the court interprets the anti-discrimination laws that already exist in Missouri. If the court believes that those protections extend to sexual orientation and identity, then these two could each win their cases.

The first case is very interesting in that a transgender boy says that he has been denied access to the boy's restroom despite having his name legally changed even on his birth certificate. He also participates in the male section of physical education classes. Still, the school expects him to use the female bathroom. This is not only a ridiculous standard set up by the school, but it may well be illegal for them to pull this little stunt as well. The court is going to have to make the judgement call on that one.

The other case has the state government itself potentially in some hot water. The gay man has stated that he was discriminated against because he did not exhibit traditionally masculine behaviors. This would be bad enough, but worse yet, the employer in question is the child support enforcement division of the Missouri Office of Administrations. Now that is some serious business! 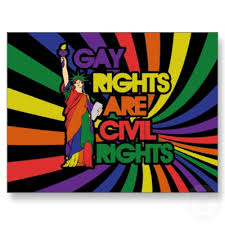 The ACLU of Missouri has jumped in on these cases and has commented saying that they have the potential to create some new legal grounds in a lot of ways. They also are of course hoping for advantageous outcomes for both individuals in those cases.

The Federal Courts have at times said that sexual identity is covered under anti-discrimination laws. The Justice Administration took this stance as well when former President Obama was in office. However, that stance has been reversed now under the Trump Administration. Given that, these individuals do not really know where they stand at the moment. The Missouri Supreme Court will have to provide that answer for them hopefully sooner rather than later. In the meantime, we just have to wait to see what happens.

JOIN US!! IT'S A PLACE FOR THE LGBT COMMUNITY TO HAVE A VOICE AND MEET OTHER LGBT FRIENDS!