Pelosi And Human Rights Campaign On Opposing Sides Of An Issue

Who gets elected to Congress is clearly a very big deal. Just because a person has a "D" or an "R" next to their name does not mean that they vote accordingly. Often, individuals with party labels break away from party orthodoxy on particular issues. In the case of Congressman Dan Lipinski, the number of times that he has broken with his given party label (Democrat) is tremendous.

Lipinski represents the third Congressional district of Illinois. This is a solidly Democratic district that Secretary of State Hillary Clinton won by a margin of fifteen percentage points in 2016. Still, it is represented by the very Conservative Democrat Dan Lipinski.

A short breakdown of Lipinski's record in Congress will show you that he has voted in the following ways: 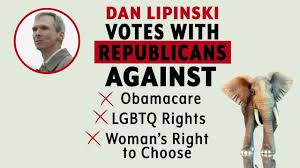 AGAINST Raising The Minimum Wage

These are just a few of the issues in which the current Congressman for that district has gone against policy positions held by most of the LGBT community. It has been enough for the Human Rights Campaign to step up their efforts to unseat the Congressman in the form of a primary. They have been funneling support and donations to his primary opponent.

Meanwhile, Minority Leader (and perhaps soon to once again be Speaker of the House) Nancy Pelosi has stated that she supports Lipinski for re-election. Pelosi has not exactly come out with a full-throated endorsement of the Congressman, but when asked by the press corp if she supported him for re-election she stated simply "I do". When asked a second time she gave the same two word response. 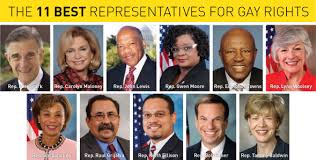 This is one of those questions that Pelosi would more or less rather avoid having to answer at all. However, she did have to answer it and so she gave the response that she felt was appropriate for the question.

Pelosi has often supported others who are already elected Democrats in the House. She seems to prefer protecting seats in the House rather than trying to fill them with people who will actually stick to Democratic principles. Take of that what you will, but Pelosi may regret her support of this person if the Human Rights Campaign is successful in getting him out of the race when the primary comes around. It is entirely possible that this might happen.