Sinclair Pundit Is Out Of A Job After Controversial Tweet 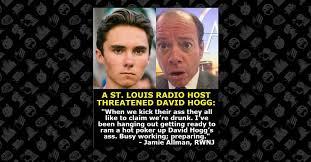 A Sinclair television pundit out of St. Louis is out of a job after having tweeted about sexually assaulting school shooting survivor David Hogg. 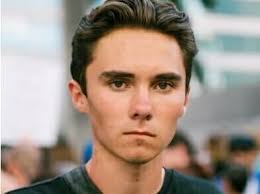 Many might know the name David Hogg since he has been very public about his experiences as a school shooting survivor. He has taken his case to the public and made pleas with public officials for more gun control laws. He firmly believes that gun control could prevent the next school shooting from happening or at least from being as terrible as the one that he was a victim of.

His beliefs and rhetoric have caused anger out of some conservative pundits on television and on the radio. One Sinclair TV pundit seems to have taken it too far when he said that he would like to sexually assault David Hogg with a "hot poker". The context under which this pundit put out such dreadful remarks was not at first clear.

A number of activists were outraged by what this person had tweeted and immediately called for sponsors of the show to pull their ads. Many of those sponsors did just that, and it wasn't long before the commentator was out of a job. He had made remarks that just went too far over the line for the sponsors and by extension Sinclair itself. 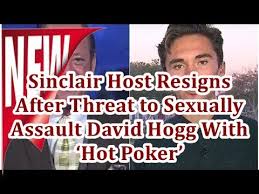 This has the potential of being another PR nightmare for Sinclair. They had already been under fire for putting out a pre-written script to dozens of their news stations across the country for their anchors to read. This script was about how so-called "fake news" was a threat to our democracy. Ironically, having all of these anchors read the same lines at the top of the show was created into a video that showed that Sinclair itself was pushing a certain narrative about the news. That made them look like the peddlers of fake news at that moment.

It is amazing the power that activists have had on these issues in recent days and months. They see something that they are displeased with tweeted out by someone and they act. It has helped to keep some of these personalities in check and made sure that abusive language like this is not permitted in a tolerant society. At this very moment there has been no apology from the pundit nor any retraction of his statement. The only thing we have noticed is that the tweet in question is now blocked from being viewed.